My sister recently commented on all of the love that lemon and lime receive, while grapefruit never seems to get the lead in anything. That got me thinking.

I love citrus. Sour is a favourite flavour of mine, but bitter? Not so much. Sour and bitter are two things that grapefruit has in spades, which is why it lends itself so well to heavily sweetened applications, like marmalade, and curd.

I also love coriander. Seriously, I have a real thing for it (click here). Especially with fruit. Its faintly orange spice fragrance is intoxicating, and subtle. Unlike cinnamon or cloves or allspice, it’s a beautiful background hum instead of a punch in the face.

I attempted a cake spiced with coriander a couple of times before I was happy. The first was with lime. It was alright, but the lime took over. This one has a subtle hint of orange, which compliments the spiced orange of the coriander. It also has a few other spices in supporting rolls. I baked it into a bundt this time, but forgot to time it (bad food blogger!). So here’s the original layer cake recipe with a bundt photo.

The grapefruit curd recipe comes from Blue Kale Road (find it here). I added a smidgen of pink food colouring to make it pretty. I also passed it through a strainer once it was finished, to remove any inevitable bits of cooked egg. 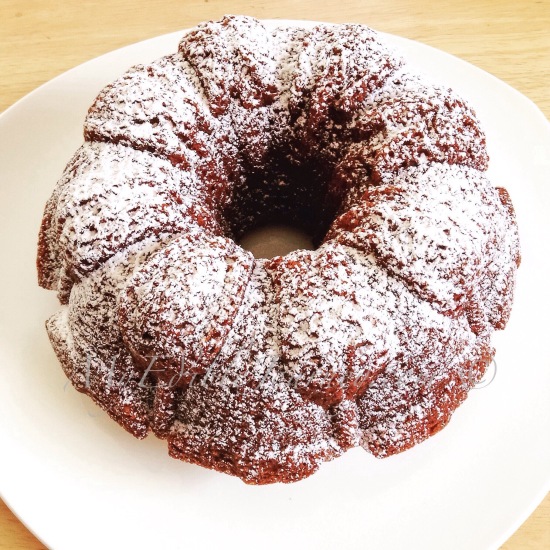 Preheat oven to 350F. Grease two 8-inch cake pans, line the bottoms with parchment paper and then grease the papers.

Place butter and sugar in a large bowl or stand mixer. Beat with at medium-high speed until mixture is fluffy-looking and lightened in colour, about 3 or 4 minutes. Lower the speed and beat in the eggs one at a time. Beat in the spices, salt, baking soda and baking powder. Add the vanilla and the orange zest.

Use a large rubber spatula to fold 3/4 cup flour into the butter mixture until barely combined. Don’t overdo it at any point if you want a tender cake. Fold in 1/2 cup buttermilk. Then fold in another 3/4 flour, then another 1/2 cup buttermilk, and then the remaining 2/3 cup flour.

Divide the batter evenly between the two prepared pans and smooth the surface of each. Bake until toothpick inserted near centre of cake comes out clean, 25 to 30 minutes. Cool on wire racks for 10 minutes before running a knife around the edge of each cake. Invert them onto wire racks and pull off the papers. Flip the cakes again and cool completely. I recommend wrapping them in plastic wrap and letting them sit overnight. The spice flavour will blend and mellow. Frost with whatever frosting or glaze you like and serve with the grapefruit curd.